Home  Articles  5 Reasons to Use Universal Primer by Bisco
Technique

5 Reasons to Use Universal Primer by Bisco

Despite ALL-BOND UNIVERSAL’s film thickness of only 10 µm, some clinicians still prefer an adhesive/primer that does not need to be light-cured, fearing that the indirect restoration may not fit due to the adhesive layer thickness. BISCO has created such an adhesive/ primer system—UNIVERSAL PRIMER—based upon the chemistry of ALL-BOND UNIVERSAL. Universal Primer does not need to be light-cured for post cementation or under crowns, onlays, inlays, etc., and can be used in direct restorative procedures, such as core build-ups and composites. UNIVERSAL PRIMER combines ease of use with virtually no postoperative sensitivity, and it is compatible with other cementation systems. It is available separately (as a traditional 2-bottle system or in an ACE automix cartridge) and as part of the DUO-LINK UNIVERSAL PRIMER KIT. With many features to recommend UNIVERSAL PRIMER, here are BISCO’s top 5 reasons to try it…

1. Universal Primer is a dual-cure primer/adhesive designed with a low film thickness for the dentist who prefers not to light cure the adhesive layer under indirect restorations.

2. Universal Primer chemistry offers the flexibility to total-etch, self-etch, or selective-etch and is compatible with light-cured, self-cured, and dual-cured resin composite and cement materials for direct and indirect procedures.

4. When used as a system, Universal Primer paired with BISCO’s Duo-Link Universal cement, has shown higher bond strengths when compared to leading competitors.

5. Universal Primer is available in either a 2-bottle system or in the convenient, all-in-one ACE cartridge system. 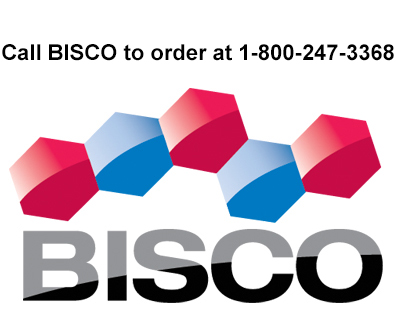